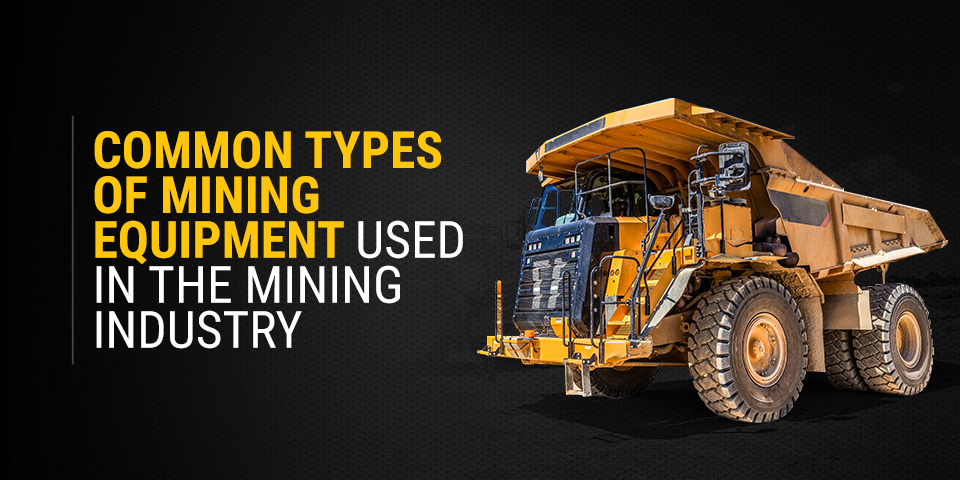 Mining is one of the most vital components of modern society due to the use of mined minerals in almost every consumer product. Additionally, 50% of the nation’s energy comes from coal or nuclear power that uses uranium. To support this need for modern equipment, mines are found in all 50 states, including our home state of Nevada.

Nevada’s mining industry is the biggest export sector in the state. Precious minerals such as gold, copper, and silver are well-known materials mined. However, the state also extracts many other goods from the earth, including minerals used for both construction work and consumer goods.

Products mined for construction work include gravel, sand, gypsum, and limestone. These goods contribute to the building sites for erecting structures and infrastructure components required for modern living.

Consumers also directly benefit from Nevada mining operations. Minerals such as iron, molybdenum, and lithium are integral components to cars, computers, electronics, and other innovations used in daily life. Gold, copper, and silver also appear in electronics and fine jewelry.

Even energy can come from mining. With Nevada’s rich sources of geothermal energy, mining can extract heat from the earth to help create power.

Because the mining industry is so critical to modern life, manufacturing mining equipment is a booming business, too. This industry offers numerous types of heavy equipment for mining to meet the specific needs of either underground or surface operations.

Types of Mining and Their Respective Equipment

Mining can happen at the surface or underground. The environment and type of material mined dictate the form of mining required and the equipment used. Both surface and underground mining have three main steps:

Surface mining includes numerous techniques and is the most common method for non-fuel minerals, producing 97% of the amount mined. Miners choose surface extraction for minerals located close to the surface. 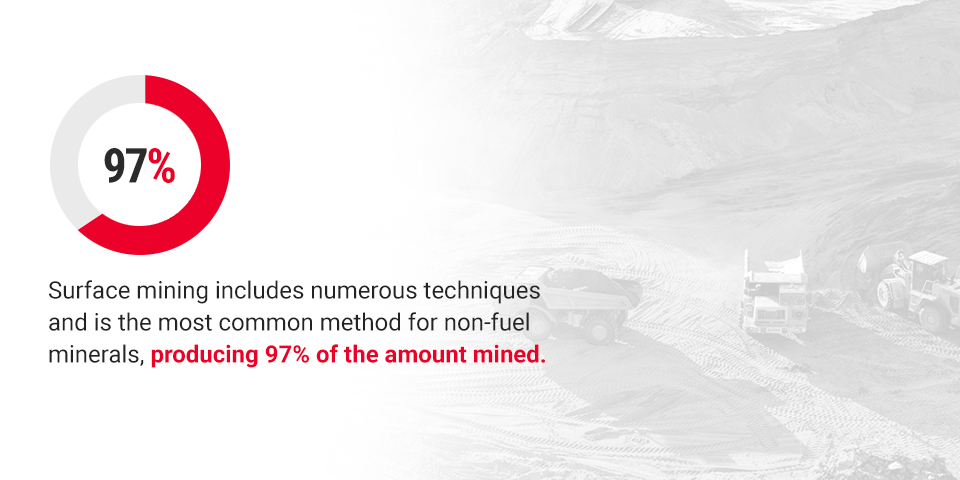 There are three main ways to mine on the surface. These methods include quarrying, open-pit mining, and strip mining.

In quarrying, miners may cut blocks of hard stone for ornamental purposes, such as granite for building. However, quarrying can also refer to extracting gravel, crushed stone, and sand using similar techniques to open-pit mining.

Open-pit mining requires creating a large pit in the ground from which the miners extract the needed material. This is one method miners may use to extract silver from the earth. The other technique is underground silver mining. Occasionally, removing a hilltop with explosives to expose the rocky materials beneath is the first step in creating an open pit. Rotary drills create the holes used for inserting the explosives for this process.

Minerals, ore, metals, or other goods located deep underground require different techniques for their removal. Mining may involve hard or soft rock, each of which requires specific tools to extract the materials. For instance, the tools used to dig soft materials might not provide enough power for cutting through hard rock.

Types of underground mining include the following: 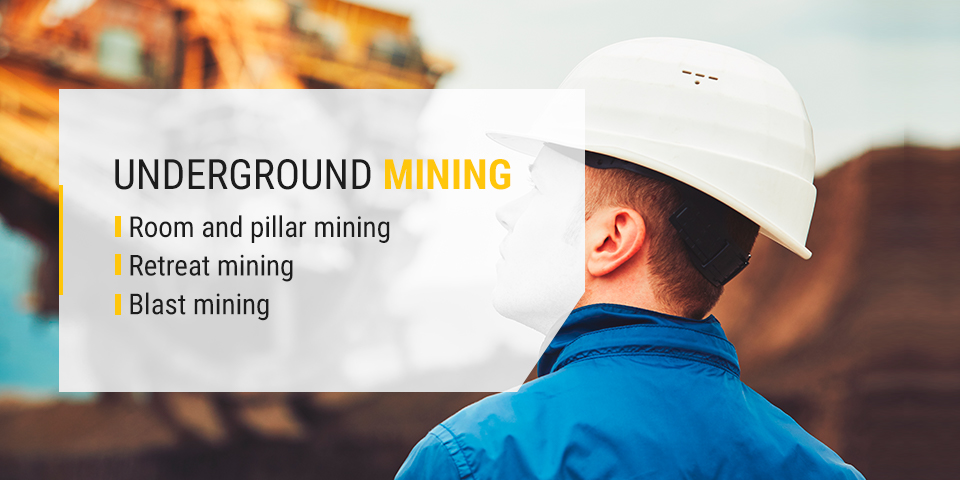 To understand the available options you have for machinery, here is a list of mining equipment used for surface or underground mining operations, plus their uses: 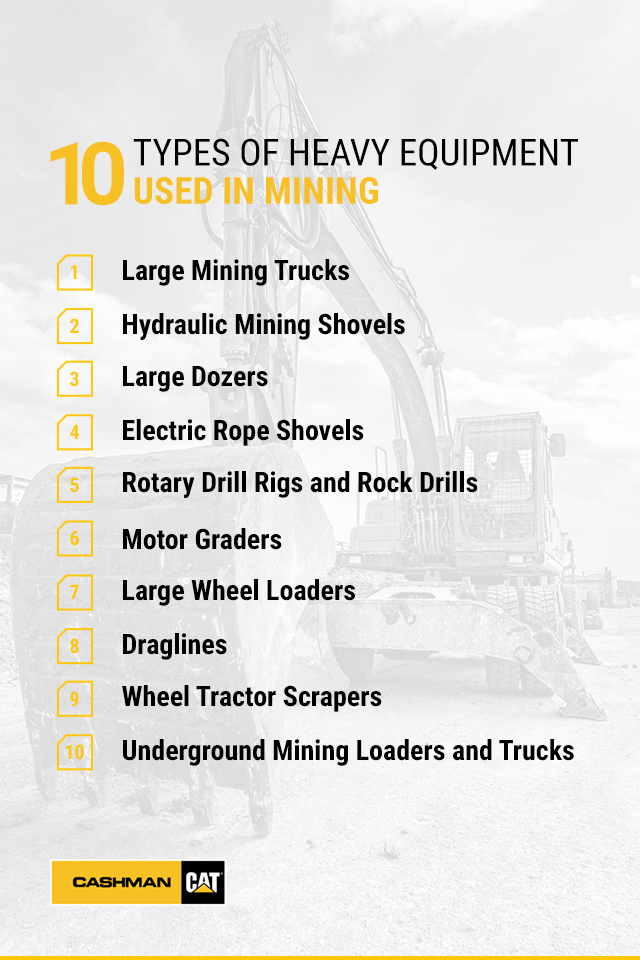 Unlike conventional trucks, these mining vehicles have extra-large tires to support the heavy loads over uneven terrain commonly found around surface mines.

Additionally, these trucks can carry high payload capacities to accommodate the need for moving weighty mined minerals or ore out of the site. Large mining trucks also need to perform in the most extreme conditions — cold, heat, heavy dust, high altitudes, and steep slopes while hauling heavy loads.

Common applications of these off-highway vehicles include:

Overall, hydraulic mining shovels have similarities in their designs. Most have a base with either tracks or wheels atop which the pivoting cab sits. The pivoting action allows the operator to access material in a circle around the shovel without moving significantly. An articulated arm holds the shovel, both of which the operator controls from inside the cab.

Applications for hydraulic mining shovels include:

Large mining dozers move materials easily around a mining site. Plus, the choice of vehicles with wheels or tracks increases the types of surfaces these dozers can operate on. Additional attachments can change the dozers’ uses to include the following applications:

Instead of using hydraulics to control the movement of the shovel at the end of the arm, electric rope shovels use a series of pulleys and ropes. Unlike hydraulic shovels, these models use electric operation, allowing for highly efficient performance over time.

Rotary drill rigs create holes through rock or soil, allowing placement of charges for blasting open mines. A rotary drill rig is one of two main types of drills used for mining. The other type is a percussion or hammer drill. For a rotary drill rig, the drill bit turns under pressure to cut into the rock. As the bit turns, the rock grinds down while compressed air sends it back up the drill to the top to keep the hole and bit clean.

Ideally, rotary drill bits create holes that range from 6 to 22 inches in diameter and average 30 to 60 feet deep. In some cases, though, miners will use rotary drills to dig holes up to 150 feet deep and as shallow as 15 feet.

For hammer rock drills, pressure forcefully shoves the bit into the ground to create a hole. To keep the hole clean, compressed air blows dirt out of the way to allow the bit to always strike new ground. Hammer drills with the piston located outside the hole (OTH) typically drill smaller holes of 5 inches or fewer in diameter.

Rotary and rock drills have the following uses:

Mines rarely have ready access to roads. Even those near major roadways still need roads built within the area for moving material and hauling mined goods out. Motor graders are used for surface operations around mines to create and maintain these roads.

When hauling minerals, ore, or other mined materials along roads, things like debris or ponding water can slow vehicles. Motor graders ensure the roads have the necessary grading and adequate drainage. By maintaining the integrity of roads used for transporting the material around and out of the mining area, motor graders play a vital role in ensuring the efficiency of the mine’s operations.

Common uses for graders include:

For picking up and quickly moving material across a mining site for loading into trucks, nothing matches the versatility of large wheel loaders. Sizes vary from compact to large. As the wheel loader’s size increases, its bucket capacity and load handling also go up. Matching the wheel loader’s handling capabilities for both volume and density of materials at the mine is crucial to ensure the machine will hold up to the rigors of daily use without premature wear.

For Cat® wheel loaders, the compact models work best with light materials and have a bucket capacity of 2 cubic yards. However, large models can handle iron ore or rock and can hold up to 38 cubic yards of rock in the bucket. You will have a varied selection of wheel loaders to fit in the space around your surface mine and handle the loads you need to move.

Typically found at surface mines, large wheel loaders can take on many tasks, such as:

Draglines are large excavators with a bucket supported by ropes and wires at the end of a boom. Lowering the bucket and scraping it along the ground collects overburden or mined material. Swinging the bucket at the end of the dragline around repositions it to dump its contents into a specified location.

Wheel tractor scrapers have a design similar to motor graders. However, the scrapers typically have an attached bin that collects the material removed from the ground’s surface rather than pushing it to the side as a grader does.

To operate the scraper, the driver uses controls inside the cab to raise or lower the bin to the ground. When on the ground, the edge of the bin scrapes the ground materials, which feed directly into the bin. When filled, a vertical flap holds the material inside the bin, so it does not spill during transport. At the deposit location, the bin tilts and opens in the rear to empty the scraped dirt.

Applications for scrapers include:

Underground mining trucks and loaders require specific operating parameters to function in confined spaces. Additionally, these vehicles cannot produce emissions in the enclosed environment of a mine. Therefore, standard trucks used for surface mining will not suffice for underground work.

Mining trucks and loaders for underground operations have specially built engines that do not produce emissions but still have enough power to move tons of rock.

For these machines, their uses include:

This guide to mining equipment should improve your understanding of the pieces available and their common applications. At Cashman Equipment, we want to be your source for all machinery, parts, and more for your mining operation. Whether you need new equipment, rentals, service, power solutions, fluid analysis, or parts, we can help you find what you need.

If you need more information or need to request a quote, contact us at Cashman Equipment by filling out a form or calling us at 800-937-2326. You can also visit one of our locations serving Nevada and the Eastern Sierras for direct customer service in helping you find the right types of heavy equipment for mining. 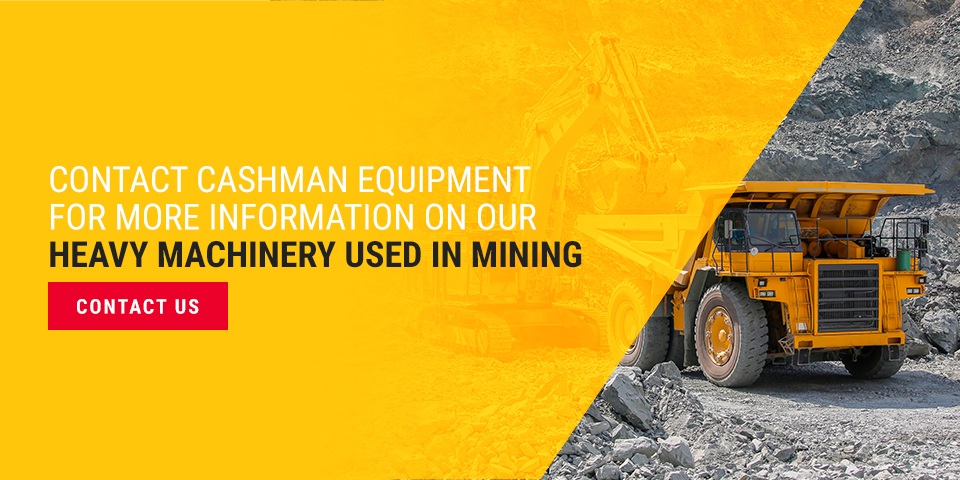