Weiler is a cutting-edge manufacturer with 600,000 square feet of manufacturing space. The base designs for Weiler’s self-propelled road wideners and asphalt windrow elevators were created by Barber-Greene, a company that was purchased by Caterpillar® in the early 1990s. Weiler purchased the designs from Cat in 2005 and established the Weiler brand name. Since then, they have made updates based on input from customers and introduced extensions to both lines. Weiler’s mission is to continue to invest in improvements and fill other needs in the paving market.

When you’re on the road, and on a deadline, you need your asphalt paving job to go quickly and smoothly. Windrow Elevators are the answer to your paving demands. The high-slat entry to the windrow and its operator-accessible chain speed and directional control allows these machines to lead the way to high production asphalt paving.

If you have roads to be widened, we have the equipment you need. Whether you’re increasing the shoulders for safety or forming access roads, these Road Wideners can get the job done. Available in four convenient sizes capable of widening up to 14 feet, your road widening needs will be meet with accuracy and efficiency.

How It Works: An independent, variable-speed hydraulic dual-end drive system — complete with two high-torque direct-drive motors — powers the conveyor belts at speeds ranging from 0 to 400 fpm depending on model. Discharge speed is controlled from the conveyor speed lever on the operator’s console, and discharge direction is controlled by a switch on the station.

The large-capacity receiving hoppers mean fewer truck exchanges during the day; some models feature a hydraulic dump lip for cleanout after each truckload or an optional hydraulic push beam that provides flexibility for multiple truck styles to help reduce handwork.

When you need non-contact, non-stop paving, we have the Remixing Transfer Vehicles for you. This self-propelled unit will join your line-up of paving equipment and fit right into your demanding schedule. The unit can be equipped with either a truck dump head or a windrow head to meet your paving requirements on site.

How It Works: Twin interlaced augers remix both size- and temperature-segregated particles and narrow the material to enter the conveyor. The cover over the drop-through position forces all of the material to be mixed by the auger flight. Competitive mixing systems cover and fill the augers, rendering their mixing ability ineffective. This unit is also very versatile allowing for offset paving over barriers, string lines, or any obstacle making it difficult to get trucks in front of the paver for inline paving.

Weiler Commercial Pavers are heavy duty machines that can place paving surfaces for many applications. The asphalt paver can be used for numerous applications such as roads, city streets, parking lots, and highways.

How It Works: The asphalt paver accepts delivery of asphalt mix from a truck or transport vehicle at the front. The asphalt paver then contains the mix in a hopper. Slat conveyors transport the mix from the hopper to the rear of the machine. The mix flows onto the ground ahead of the screed. The screen shapes the mix to specified dimensions. The screed also levels the mix to specified dimensions. The slope and the grade of the asphalt surface is precisely controlled by sensors and references that are mounted on the paver. This system works together seamlessly to deliver a high degree of flatness on every paving project.

When you need reliable rock drills for your exploratory and quarry site drilling, Weiler has the top hammer drills you need. Weiler precision drilling products provide drilling experiences without deviation in size and hole depth.

How It Works: The reliable drifters provide low cost of ownership and dependability through a simple design with high strength materials. Auto lube system along with field serviceability increases productivity. The six rod carousel holds 45 to 68 mm diameter rods (depending on model) with a multi-pass hole depth of 102’ (31.1 m). The precise positioning function indexes and locks, eliminating switches and sensors that are failure prone due to the elements and vibration. The power group delivers fast cycle times and maximum efficiency as well as a Cat engine and an oversized cooler to keep all systems operating at optimal temperatures.

The right tack distributors are vital for preventing spalled pavement where older layers of asphalt concrete show through when the tack coat has been improperly applied. Weiler tack distributors are designed for the commercial paving contractor and provide high quality performance along with simple and efficient operation. Whether you use the hand sprayer or the foldable spray bar, Weiler Tack Distributors will apply an even, consistent layer of tack so that the new asphalt adheres properly and weathers years of environmental abuse.

How It Works: Weiler tack distributors are powered by a 5.5 hp (41 kW) Kohler engine with clutched pump for easier starting and electric start option. The direct-drive pump is designed for asphalt with a capacity of 15 gpm (57 L/min).  The spray wand and hose reel provide optimal coverage range for tight jobsites, while the optional spray bar features seven (7) independently controlled nozzles for ideal tack distribution.

Have more questions about the Weiler paving products Cashman offers? Contact us or call our Paving Specialist at 1-800-937-2326. 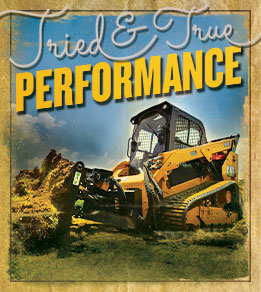 ZERO PERCENT. ZERO DOWN. ZERO HASSLE. Plus $500 towards a protection plan.

Get a Quote
California Residents: We collect personal information subject to the California Consumer Privacy Act. By using this website, you agree to our use of cookies, including cookies used for our marketing efforts. Learn more.