As our journey through Cashman’s history continues, we come to a truly exciting phase in the company history – the one a bunch of employees actually remember! Jim Cashman III became president of the company in 1979, and spent the next 15 years making Cashman into the best company it could be.

Many employees remember the slogan “Expect the Best,” which was Jim III’s philosophy regarding how Cashman Equipment and its employees should act. He said, “We must do our BEST to ‘EXPECT THE BEST’ from our Company, our Customers, our Manufacturers, and our Community. Being the BEST means keeping a promise, no matter what it takes; making the time when there’s none; giving when there’s none to give; coming through for others again and again. The standards for being the BEST keep getting higher every day. In order to remain the BEST, every one of us must make continuous improvements every day. Thank you for giving your BEST.”

As you can imagine, Jim III’s words carried a lot of weight with the employees. However, now it is the employees who have some things to say about Jim…

“When Jim III came to work at Cashman in the ‘70s, his first position was on the steam rack. After about a month of that, he was assigned to me as a tech helper. I was supposed to direct him on what to do and how to do it. He was a punctual, hard-working man who was never one to give up on anything. I remember one time when we were working on breaking down a track. Back then, you had to do that with a driving pin and a sledge hammer. Jim was holding the driving pin, and I was using the sledge hammer. I’d done this a bunch of times and knew what I was doing with that 20 lb. sledge hammer, but Jim wanted to give it a shot. I told him to swing it back, keep his eye on the pin, and swing away. Jim wasn’t the biggest guy in the world… so when he swung the hammer back, he moved with it about six feet and went down. He swore he was okay when I asked, and said he wanted to do it again. So, I said to swing it back easy, step in with your left foot, and keep your eyes on that pin. The sledge hammer ended up flying about halfway across the shop on that swing, but Jim wouldn’t give up. He tried it once more… and hit the shoe so hard, the hammer bounced off and almost took my head off. I didn’t cuss at him or anything, but I did say, ‘I know you don’t want to give up, Jim, but swinging a sledge hammer isn’t easy. And the customer would like their machine back sometime today.’ I took it back, and we finished up the job with him on the pin and me swinging the hammer. We worked together for about three months. Jim was a really great guy and was never, ever one to quit.” – Bill Black, Retired Henderson PSSR

“I had been here about a month when a man came into my office, introduced himself as Jim, and asked me how I liked working for Cashman Equipment. We chatted a while, and I could tell he was well-educated, with a very sharp mind, was obviously well-versed in Cat machinery, and quite interested in what I had to say. After we ended our conversation and shook hands, a coworker came in as the man left, asked what he wanted, and also how I responded to him. The question seemed a bit odd so I asked, ‘Why was our conversation so important?’ The coworker told me the man was Jim Cashman and wanted to make sure I was respectful while talking to him. I was, and so was Jim. Every time he came to visit, we shook hands and he remembered my name. Jim had a smile that made you feel welcome and a passion for the company that was contagious. On my five-year anniversary in December 1994, Jim gave me a leather wallet, shook my hand, and thanked me for all my hard work. I still have the wallet and have never used it in honor of the man that treated me like one of the family even though we only met a few times.” – Rick Weight, Elko Product Support Manager

“You would always see Jim walking down the hall with his head down and hands in his pockets. He was actually a shy man. You would say good morning or good afternoon and he would hold his head up, smile and respond. He was always everywhere in the building, I don’t think he ever stayed at his desk.” – Stella Collins, Retired Cashman Employee

“Jim always offered new classes to help us improve ourselves… he encouraged us to take college classes. He had trust in us, but he would always check up on us to see how we were, just like MaryKaye does today. He cared about us… and he had a great smile.” – Brenda Harris, DBS Manager

“Jim was always willing to help those that demonstrated they were willing to help themselves. He was a soft-spoken man, but when he had something to say, you listened. He had a wonderful sense of humor… as I found out when I attended a Chamber of Commerce charity event years ago. Low and behold, here comes a group of men on stage and there was Jim III with no shirt on and tassels on his chest. It surprised me and showed me his sense of humor, his confidence, and what he would do for our community. However, I never did tell him I was there…” – Sandie Bell, Vision Link Supervisor

“He was amazing with names and faces. We met once and forever after he’d stop by to say g’day.” – Eon Roberts, Reno Main Shop 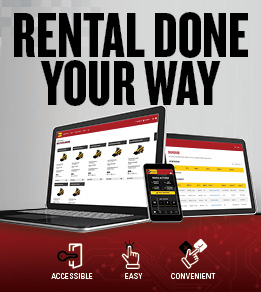