A lot of people know how MaryKaye Cashman came to be our CEO, as many of us were around during that time period (unlike for Big Jim’s era). You may have been aware that the company suddenly lost Jim Cashman III to a heart attack in 1995. It was an extremely difficult time for Cashman Equipment as well as for all of those who loved him. However, the strength and dedication that Jim III epitomized were also present in those closest to him. Despite all the challenges, MaryKaye chose to lead our company.

“I never considered selling the business. A lot of people expected me to. There were rumors going around about it, which interfered with the sense of security of our employees, and that bothered me,” MaryKaye stated. In addition to owning the majority of the company, she wanted to keep alive what Jim had dedicated his life to and preserve the Cashman family legacy. Once she signed the Caterpillar sales and service agreement, MaryKaye became one of the few women in the world to run a Cat dealership.

“I don’t think I fully understood what an enormous responsibility it was,” she said of her decision to take the reins. “That was probably good, because I would have had a lot of sleepless nights.”

However, determination didn’t mean MaryKaye knew exactly what she was doing – she confessed that there was a four to six year learning curve. Fortunately, with her previous career in the nursing industry and participation in 25 years of Cat dealer meetings, MaryKaye persevered (and ultimately succeeded) by observing, listening, asking questions, and investing a great deal of time and energy. She became a constant presence at the company – from the very beginning, MaryKaye spent virtually every day in the office, getting to know the business.

The only way to do that was to make sure Cashman Equipment’s internal team was as strong as it possibly could be, so those employees could go out and forge lasting relationships with the customers. Everyone worked extremely hard on helping the company evolve into a comprehensive product and service resource for all the businesses the company worked with. In the years MaryKaye has been CEO, Cashman Equipment has become one of the highest rated Caterpillar dealerships in North America, and she has never regretted her decision to head the company.

“I really enjoy the exceptional people who work at Cashman, and truly appreciate the extraordinary efforts they make for customer service and our company’s success,” MaryKaye said. “And I enjoy spending time with so many of our customers.”

It was by spending time with customers and other industry professionals that MaryKaye was first introduced to sustainable building principles. The more she learned about it, the more interested she became. When Cashman Equipment’s corporate headquarters lost seven acres of its land to eminent domain, it was clear that the Craig Road facility in North Las Vegas would not be able to adequately support its customers. Land was purchased in Henderson and plans began for a brand new corporate headquarters – Leadership in Energy and Environmental Design (LEED) plans.

MaryKaye was determined to have a facility that was sustainable – one that utilized local manufacturers for the building materials, minimized the use of natural resources, employed local companies, recycled construction waste, provided a healthier employee environment, and, most importantly, featured a geothermal energy system that wasn’t dependent on foreign oil. With her determination and the efforts of hundreds of people, Cashman Equipment’s corporate headquarters became the largest LEED Gold industrial building in Nevada, as well as the very first Caterpillar dealership to be built to LEED standards. And, of course, it was constructed almost exclusively with Cat equipment!

As Caterpillar machines had become such a big part of her life over the past 20+ years, MaryKaye of course developed her favorite – the motor grader. “There’s something about motor graders that I find fascinating. It may sound girly, but they have an elegance about the way they move, and who doesn’t love the perfectly smooth path they create?”

The path to the Cashman Equipment of today may not have been perfect or smooth, but with MaryKaye as the CEO and Chairman, we can all be positive that we will continue to head in the right direction. 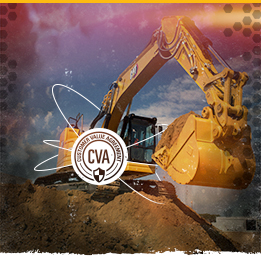 Customer Value Agreements (CVA) Easy To Own. Ready To Work. Hassle free ownership with a CVA.

Get A Quote
California Residents: We collect personal information subject to the California Consumer Privacy Act. By using this website, you agree to our use of cookies, including cookies used for our marketing efforts. Learn more.